A taste of life across the Pacific

A taste of life across the Pacific

Imagine adventuring across the world to live, work and play in a land that you’ve only read about online. Three US college students were given the opportunity of a lifetime to experience Singapore as they spent their summers interning in our global metropolis. 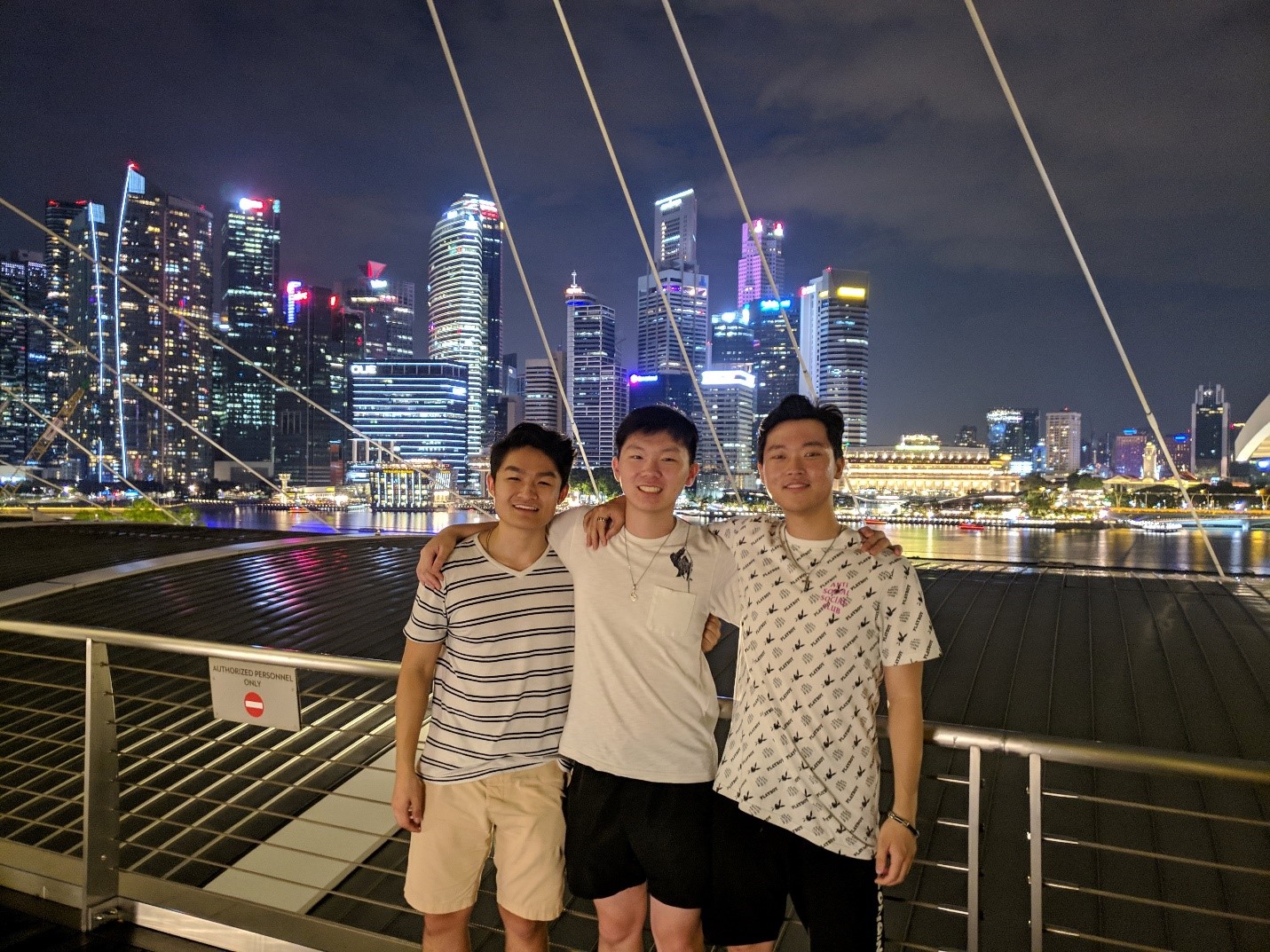 For Sam Yan, Austin Kim and Bryan Nguyen, three college students from the United States, coming to Singapore was like exploring the unknown. They arrived in Singapore as part of the HEROdyssey Fellowship, an overseas internship programme that provides an immersive work experience alongside an authentic cultural immersion.

Each of them had some idea of what Singapore was like, but it was their first time in the country, and they were about to dispel many expectations.

“I was not entirely sure if Singapore had a tech start-up ecosystem,” admitted Sam.

“I had no idea what to expect of the country beyond what Crazy Rich Asians portrayed to me,” said Austin. Like Sam, Austin was eager to learn more about Singapore’s tech start-up culture first-hand.

“Food and transportation were much more affordable than I thought,” revealed Bryan. “I expected everything to be extremely expensive!”

Sam and Austin found roles in EverComm, an IoT/AI analytics start-up that creates cost-effective energy solutions to tackle climate change. For his internship, Bryan worked as a business strategy and operations analyst at Arcstone, an IoT start-up that optimises manufacturing solutions.

As part of their internship, the three were given opportunities to work in a variety of roles spanning several projects. These also involved cross-border collaboration, either with team members from other parts of the region, or international clients. It was the first time they had been given such responsibilities, which allowed them to challenge themselves in a professional environment.

“Singapore is a great place to gain international experience because it is a hub for developing tech start-ups. Any internship experience will incorporate working in a global environment whether through cross-border projects or international teams.” – Bryan Nguyen

Bryan’s role as a business strategy and operations analyst gave him the opportunity to hone his critical thinking and research skills as he got to work with both tech and marketing teams.

“I was very impressed by how diligent and hardworking software developers at Arcstone are. They are incredibly passionate about creating top-tier solutions and constantly go above and beyond to deploy an impressive product for clients.”

Bryan also appreciated working directly with the company’s founders and felt the many opportunities he was given built his confidence. As a result, he also has a better idea of what he does and does not like in a work environment.

All three acknowledge the priceless value of working with others from various cultures, backgrounds and career experiences. But the diversity didn’t stop at the workplace.

“I realised just how embedded traditional cultures are within Singapore. More than a melting pot, it resembles a tossed salad, made up of various components that are coexisting but all still separately visible from each other.” – Austin Kim

As part of the experience, the three were exposed to different cultural enclaves in Singapore.

Austin’s first impressions of Singapore were based on the limited portrayal of the country in Crazy Rich Asians. Having lived in Singapore for several months, Austin now truly appreciates how the multiple cultures in Singapore were able to retain their traditions and stay distinct from each other.

“There’s a potpourri of foods, architecture, and languages being spoken other than English all across Singapore,” he gushed. “This is what Singapore is actually like!”

“Singapore’s fast-paced culture allows ambitious people to reach for their dream goals. I would definitely recommend Singapore to people who are especially interested in cultural immersion and gaining an in-depth view of how Asia’s business model operates.” – Sam Yan

Getting to explore these new cultures in a single country was really exciting for Sam.

“Singapore has given me an opportunity to see the rest of Asia. If I had stayed in the US, I wouldn’t have had the opportunity to learn so much about culture and history. When exploring the Peranakan neighbourhoods, I learnt one man owned most of the buildings along a particular street!”

He also appreciated Singapore’s proximity to nearby countries, a point which both Bryan and Austin echoed.

Another thing all three unanimously agreed on? They would jump at the chance to experience Singapore again.

“Singapore is an option for my future career should I want to become an entrepreneur,” revealed Sam. “If you can forget about the heat!”

“I definitely want to work in Singapore, or somewhere in Asia, in the future,” said Austin. “I see myself coming back for a vacation, at least!”

In fact, Bryan’s already taken the next step to seeing Singapore again.

“I am returning next year for a study-abroad programme at NUS! I cannot wait to return.”