For so many Singaporeans residing overseas all over the globe, maintaining their ties to our Little Red Dot can require a dash of creativity and a generous helping of impressive out-of-the-box thinking. In this final instalment of our “Love Letter to Singapore” series for the year, United States-based mother and daughter Lena Gan and Sara Kay share how they remain connected to their home country.

By Lena Gan and Sara Kay

Social Media: The Ties That Bind Us

As a Gen Z-er, I know the bad rep social media gets. I remember mom’s nagging when I was in high school, “Ai-ya, why waste time like that-ah? You should be studying your SAT lah!” I gently reminded her that the SAT app was available on my mobile phone and defended my so-called addictions with the fact that 4 out of 5 people use social media in Singapore, especially messaging and social networking.

think adults sometimes overgeneralise and villainise social media. It is seen as the dark side. While I cannot dispute the downside of social media, I have to say that it has helped me keep in touch with my family, relatives, and even reconnected me with long-lost friends from all over the world. When I left Singapore, there was no social media. But now, my family and relatives use WhatsApp to stay connected with me. They are able to “follow” my life in the U.S., in fact, they were able to watch my high school graduation on a livestream! 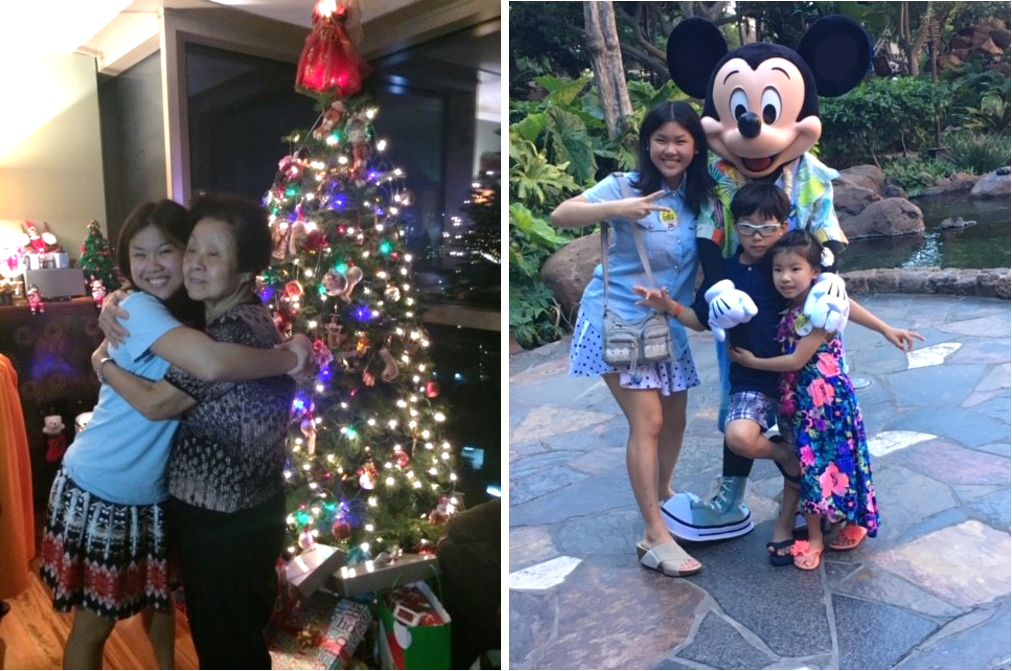 My Facebook and Instagram pages allow me to share my special moments with them, like the National Youth Advocate of the Year trophy I was awarded in Washington D.C., singing for my school’s choral performance, hiking on the Appalachian trail in my freshman year at Dartmouth and even posting pictures of the boy I met and like. Likewise, social media also provides me with an opportunity to stay in touch with my eight cousins and twenty other extended family members in Singapore. I was able to watch my baby nieces and nephews grow up, post updates and share adorable photos. It was truly an incredible spectacle to see one cousin play Für Elise at age five and another speak Tang poetry.

I also keep updated with the latest news in Singapore through social media, such as viewing the Christmas lights on Orchard Road on CNA, discovering new stores opening in VivoCity, and even learning how Facebook co-founder Eduardo Severin invested in RedMart and how the newly formed FairPrice Group is changing the face of grocery shopping. But the most amazing moment that happened to me last month was the fact that I was able to reconnect with a friend I met more than 14 years ago who is now studying at Yale. This is what she posted on my messaging app:

“Wait oh my gosh I know I must seem SO weird for the random friend request but my parents were telling me about when we lived in Honolulu and apparently, you were my best friend in Pre-K! Like I literally have pictures of some day when we went swimming together and had these cute little yellow floaties and everything”

I had appeared in her “recommended friends” on Facebook. Turns out, my friends from high school who were at Yale connected with her, and then they connected with some of my other friends at Dartmouth. Thank you, Mark Zuckerberg for reigniting an old connection!

Bill Gates said technology today gives “access to information and the ability to give a voice to people who would never have been heard.” Malala Yousafzai reminds us of “the power and impact of social media… so we must try to use social media in a good way”. So whether I remain in the U.S. or return to Singapore to work after graduating high school, I know that my family and friends will always stay close and never out of reach because of social media!

Food: The Ties that Bind Us

Thanksgiving dinner in the United States reminds me of Chinese New Year reunion dinner in Singapore. We get together as a family, watch a lot of TV and overindulge in food.

The different iconic dishes served during these meals represent our cultural heritage and values. For example, the Chinese believe that the higher you toss the yee sang (also known as “prosperity toss salad”), the more successful you will be in life. It was also the only time when mess was acceptable on the kitchen table – after all, the larger the “mess”, the larger the blessings. The Americans also serve quintessential dishes at Thanksgiving, such as corn on the cob and creamy mashed potatoes. I’ve heard these are meant to be reminders of how Native Americans taught the Pilgrims to grow corn and potatoes, though some of my American friends dispute this as a myth.

While the story about the Pilgrims may not have a strong significance to me as a Singaporean, the message of Thanksgiving as a celebration of unity and diversity in culture, values, and beliefs resonates. Food has a unique way of binding us together, inspiring conversations that we normally would not have. To me, this is the true spirit of Thanksgiving.

When I first came to America as a foreign student in the 80s, I was pleasantly surprised to be invited to a Thanksgiving celebration. So when I moved back to Singapore a few years later, I decided to pay it forward and invited expatriates to join my Chinese New Year celebrations. It was as if Kevin Costner’s character from Field of Dreams was whispering to me, but with an Asian twist: “If you cook it, they will come.”

Now that I am back in the U.S. for work, I make it a point to invite people to my Thanksgiving celebrations, especially those I know will be alone during the holidays. After all, I was taught from a young age that there is always enough food for everyone. This year, I decided to embody a mix of old and new traditions at my Thanksgiving table. I call it the American Thanksgiving dinner with a Singapore twist. 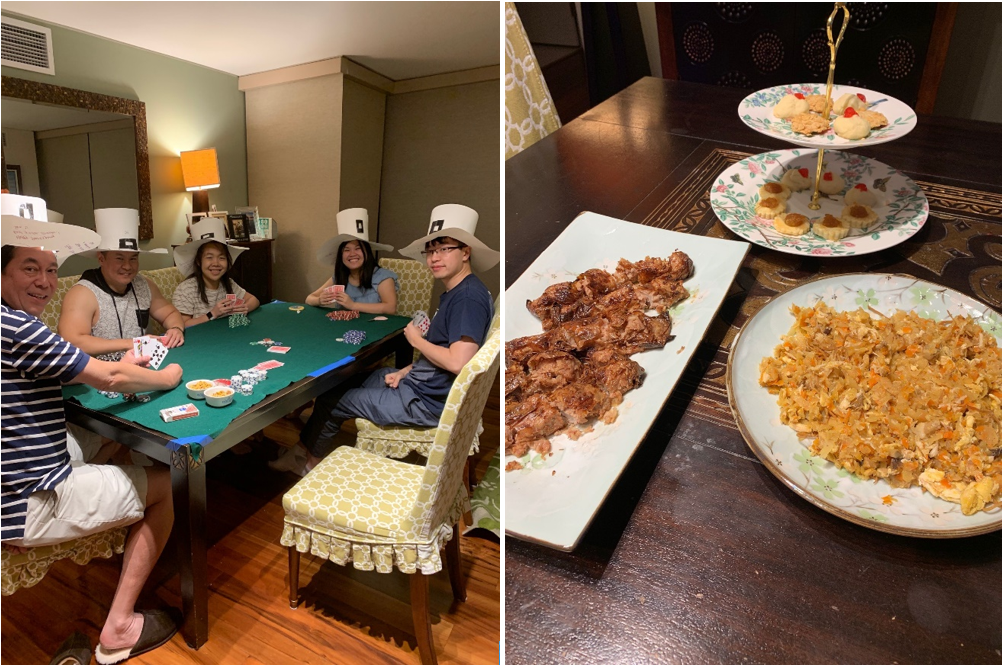 My turkey will not be marinated in the traditional rosemary, sage and thyme, but as a Nyonya, I will use soya sauce, five-spice seasoning, sesame oil and gula Melaka. Instead of using sausages and apples, my stuffing will be mixed with lap cheong, bang kuang, and peanuts. My mashed potatoes will have a tinge of turmeric and as an alternative to a green bean casserole, I will serve popiah. Finally, my pumpkin pie will be served alongside pineapple tarts. After all, Thanksgiving is a good time to remember that there is room and goodwill for everyone at our dinner table, both here in the U.S. and Singapore.

With much gratitude and aloha, Lena and Sara —